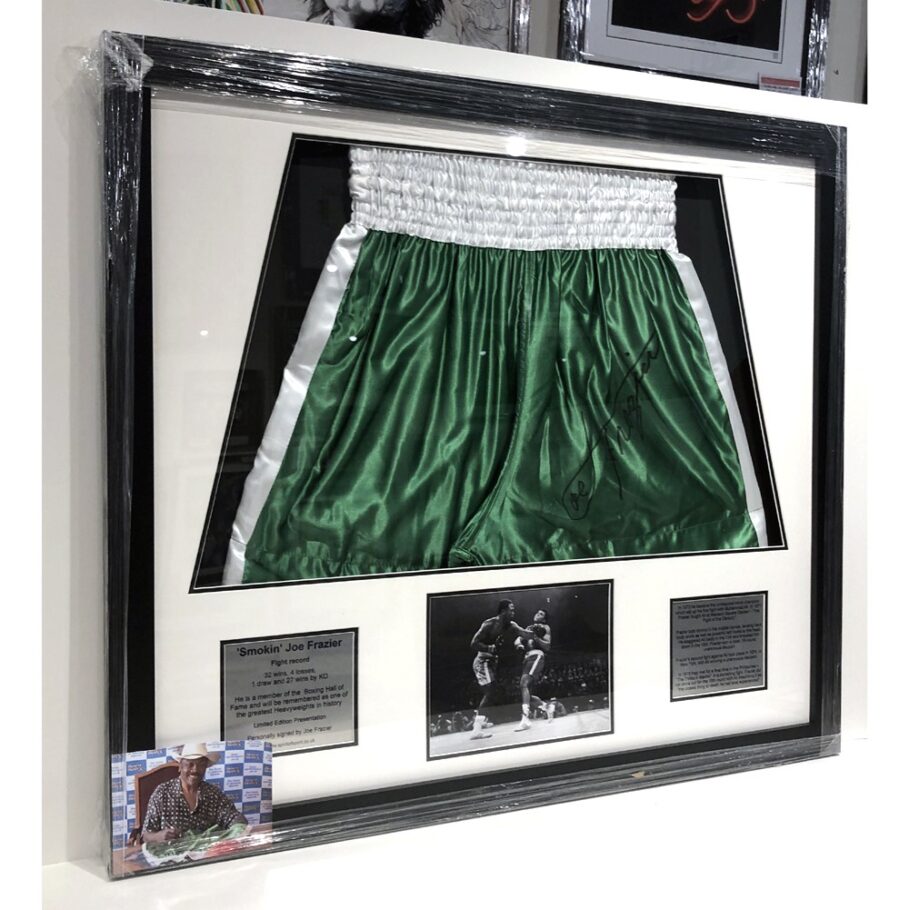 This now sold out limited edition presentation displays the iconic green shorts as worn by the late and great Smokin’ boxer Joe Frazier.

Frazier has signed the shorts across the front and you will receive a photo of him signed.

There are photos of his fights with Ali and is presented in a black from with treble mounts, measuring in at a large and impressive 87cm by 78cm. It has been fully authenticated by an industry expert and supplied with a certificate of authenticity.

The plaques read as follows:- ‘Smokin’ Joe Frazier – Fight record – 32 wins, 4 losses, 1 draw and 27 wins by KO – He is a member of the Boxing Hall of Fame and will be remembered as one of the greatest Heavyweights in history. Limited Edition Presentation – Personally signed by Joe Frazier. In 1970 he became the undisputed world champion which set up his first fight with Muhammad Ali. In 1971 Frazier fought Ali at Madison Square Garden – “The Fight of the Century” – Frazier took control in the middle rounds, landing hard body shots as well as powerful left hooks to the head. He staggered Ali badly in the 11th and knocked him down in the 15th. Frazier won a clear, 15-round, unanimous decision -Frazier’s second fight against Ali took place in 1974, in New York, with Ali winning a unanimous decision – in 1975 they met for a final time in the Philippines – “The Thrilla in Manila”. In a punishing fight, Frazier did not come out for the 15th round with Ali describing it as “the closest thing to death he had ever experienced”. It has been fully authenticated by an industry expert and supplied with a certificate of authenticity.

Item comes with Certificate of Authentication and where possible signing picture. 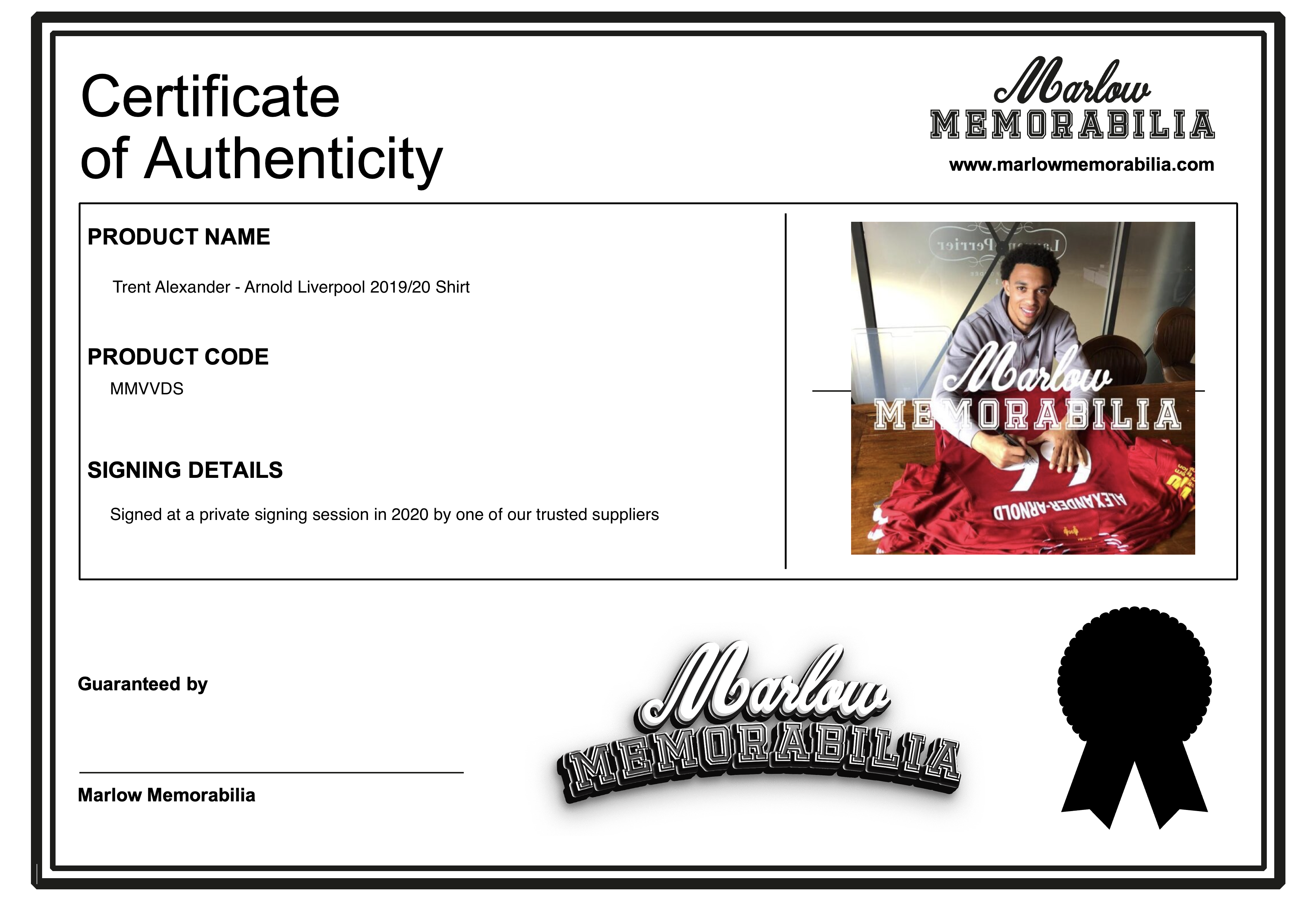 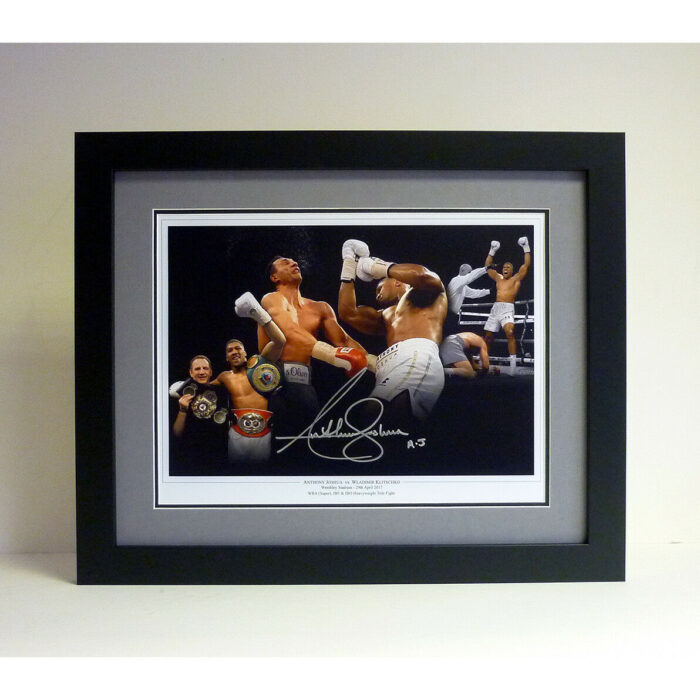 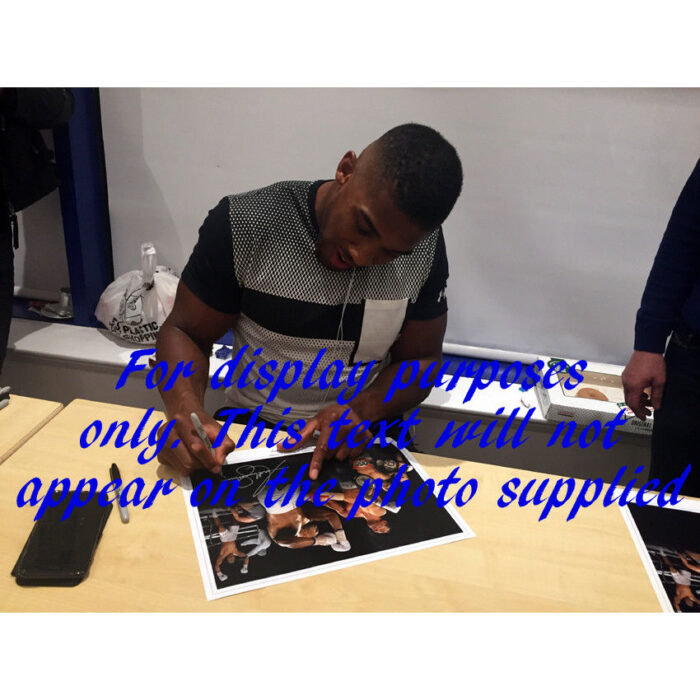 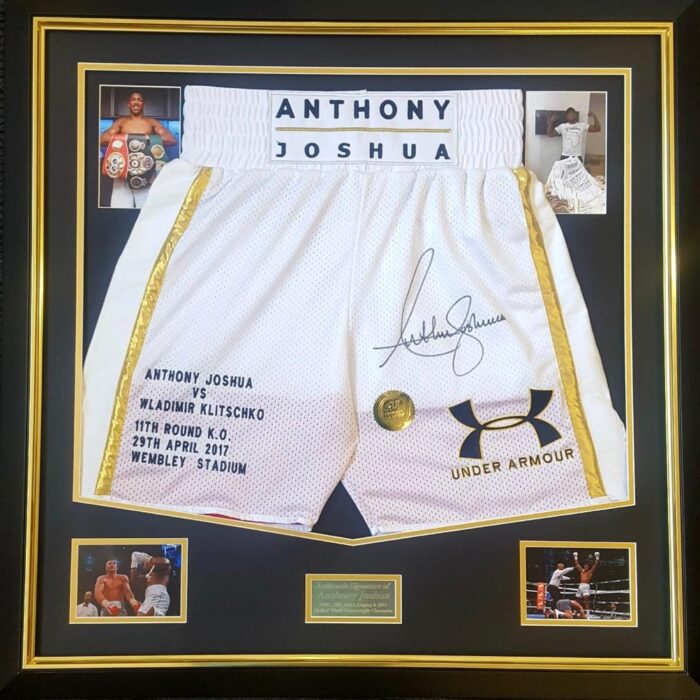 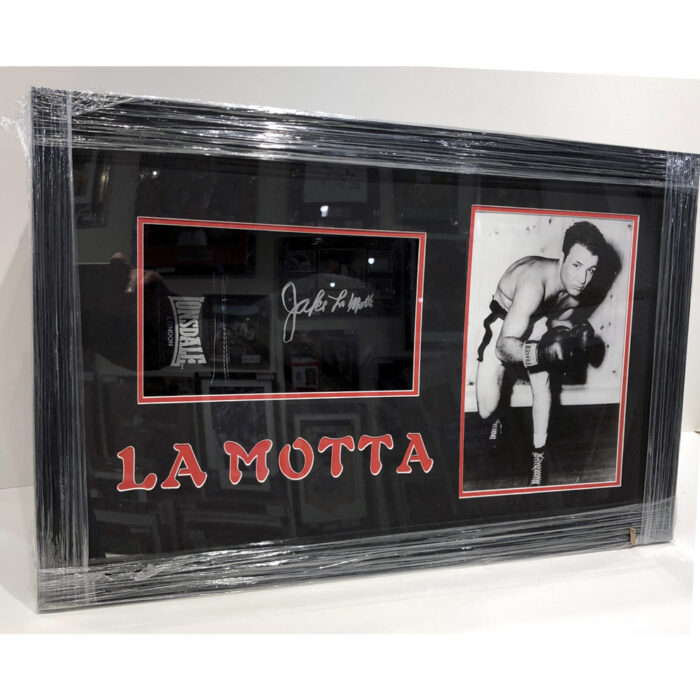